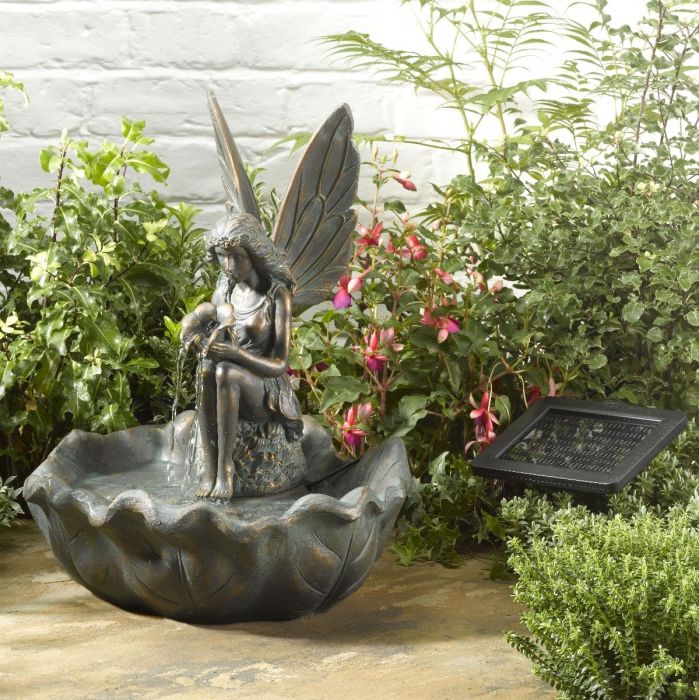 Solar power is an excellent, eco-friendly way of powering lights in your garden. The solar energy is generated from solar PV panels is place on, or next to the light. Using the appropriate technology, daylight is converted into light that can be used when it is dark. Each solar panel is made up of tiny solar cells that generate the daylight into an electric current which in turn powers the light.

Solar lights can assist you in turning your house greener and being more sustainable as you will cut your own personal carbon emissions. Mainly, it reduces your dependency on fossil fuels which are harmful for the environment. The UK has become the first major economy to pass the net zero emissions law, which will require the UK to bring all greenhouse gas emissions to net zero by 2050. Using solar energy means you would be taking your first step to leading a sustainable life, which is a key attribute for the future.

There are many benefits to using solar power. Firstly, it has significant benefits towards the environment. Compared with any other energy source, it has the least negative impact on the environment as it produces no greenhouse gases. These greenhouse gases, such as carbon dioxide, have a very detrimental impact on this planet. You will be reducing your carbon footprint. Solar power also requires 20 times less water than nuclear power.

Solar power is also much quieter than other conventional energy sources, so there is a reduction in noise pollution that can disturb and frighten the local wildlife. Using solar power reduces your dependency on electricity for using lights in your garden for example. If you are using solar lights in your garden, you will use less electricity meaning that you will have a smaller bill from your utility supplier. So not only are you being more sustainable, but you are also saving money while doing it, quite the incentive!

There are no limitations to solar power, it can be used anywhere. In particular, this is useful for areas that tend to be more remote and that are less reliant on electricity. With this principle, solar lights would be suitable anywhere, adding style and functionality to any garden. Solar lights are quick and easy to install, saving you time and hassle. They can be moved around to any area of the garden that you wish without you having to worry about where the nearest plug socket is and where to place all the wiring. This also saves you from worrying about a health and safety hazard. Extensive lengths of cables lying around and be a hazard, whether you could be a risk of tripping over or in wetter environments, the risk of an electric shock or even potentially fires. The lights are low maintenance and will not require much time to maintain after installation at all, as well as being a low maintenance cost, they will not cost anything to look after. Solar power is also an ‘unlimited power source as they will keep on running as long as there is light.

Due to technological advancements, solar lightening has move on significantly from when it was first developed, meaning that the aesthetics of the lights are much improved in the modern era. There are improved stylish designs of water features, animals and lanterns. All of which would make a lovely addition to any outdoor area. With the water features, the fountains are powered by a separate solar panel, meaning you do not necessarily have to place the fountain in a light area.